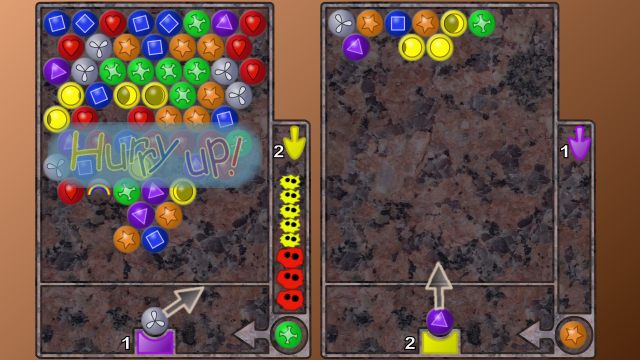 In the words of the Hitchhiker's guide to the galaxy, "Don't Panic!" ... There are pictures at the bottom if that's your thing!

Despite the occasional scary sounding message, it's very easy to install pubble as Sony have provided an easy way to run non-offical software. You may have heard about people installing Linux on their PS3 - well this uses exactly the same mechanism, except that nothing gets installed on to your hard disk, so you don't have to worry about losing any data. In fact, it's impossible for non-official software to access the PS3 partition of the disk.

This guide has been written to try to accomodate all PS3 users and so you might find it overly wordy in places. The aim is to give as much information as possible, however you only really need to pay attention to the places where I have italicised all the actions you need to follow.

So, there's nothing that can go wrong?

There's a safety feature on the PS3 which will force it to return to the Game OS and to the standard video mode. When switching the PS3 on, press the power button once, as normal, and then quickly hold the button down until the PS3 beeps a second time. You will then be back in Game OS no matter what might have happened in the "Other OS" mode.

First of all, you'll need the most recent pubble ZIP file which you can download from http://downloads.sourceforge.net/python-ps3/pubble-0.3.3-full.zip. Whilst this is downloading, go and find yourself a USB memory stick - this needs to be at least 32Mb big. You can use pretty much any kind of storage device - an external hard drive with a USB port is find, any memory card with a USB adaptor. If you have a 60Gb+ model PS3 then you can also use a card in any of the memory slots.

Now open this zip file and extract these onto the USB memory drive. (There should be a directory called PS3 containing another directory called otheros containing a file called otheros.bld. This file will shortly be installed into a spare part of the PS3 flash memory, designed for other operating systems. Your memory stick will also contain a number of files ending in .SQF which should also be in the top level directory.)

OK. Now, remove the USB memory stick from the computer making sure it has finished copying all the files (often, you have to "eject" the drive to ensure it has finished) and put the USB drive into any of the USB ports of the PS3. You are now ready to start installing!

You can be up and running pubble in about 8 button presses. You can either follow the text instructions or go by the pictures - both cover exactly the same ground. In every case, you just press X or O on your controller (depending what region PS3 you have - O is confirm on Asian machines, X is confirm everywhere else).

Installing the "Other OS"

Turn on the PS3 and go to the System Settings menu, the second one along on the XMB.

Navigate down to the Install Other OS option near the bottom and select it.

You will probably be warned that there is no partition for installing the system on the hard disk. Don't worry about it, you won't need one. Don't forget that if you format the hard disk, you will lose all your saved games, so you probably won't want to format the disk. Instead, just select OK and move on. Pubble does not need the PS3 hard disk, so you can leave it at 100% Game OS use if you want.

The PS3 will now search for the file it needs to install into the flash memory. It should find the otheros.bld file I mentioned earlier. Select Start.

After a short while, you will be told that the file has been successfully installed. All you have to do now is run the game!

Running pubble (aka the "Other OS")

Also under the System Settings menu, navigate to the Default System option and select it.

Change this to Other OS. You will be able to get back to the standard PS3 system again any time you want, so don't worry!

You will now be asked if you want to quit the PS3 system and start the other system. Just say yes here.

When the PS3 boots into the "Other OS" your controllers will be disconnected. Wait until the boot menu displaying "Pubble" appears.

When the boot menu appears, you are able to connect your sixaxis controllers - simply press the PS button to turn them on as normal. If you press the button too soon and it isn't recognised, don't worry. It'll be fine next time you reboot or you can choose to connect the controller via a USB cable.

You can use any controller to navigate the menu and the options should all be obvious. "Pubble" is the one to select for the game, or "Game OS" to return your PS3 to normal behaviour. The clock demo is another very small example demo that runs using the python-ps3 environment. Future python-ps3 games that you download will also be available from this menu. Anyway, for now, move the controller down to "Pubble" and press O/X.

This one is slightly confusing (and will be improved in a future release). It's not immediately obvious, but you need to have at least two players selected in order to play. The menu starts off with no players selected and the available controllers flashing at the bottom of the screen. Pressing the SELECT button on the controller, or O/X when on "Select players" toggles that controller as in or out of the game. A controller stops flashing and becomes brighter when it is selected to play in the game.

When you are happy with the player selection you can either press the START button on any controller or move down to "Start Game" and press O/X.

Getting back to the PS3 OS

When "Other OS" is selected as the default system, it will boot automatically when the PS3 is switched on. It will require the USB drive to be present in order to load. If the USB stick isn't present during bootup, the python-ps3 logo will disappear and be replaced by a prompt saying it is waiting for a memory stick to be inserted. After about 30 seconds, the PS3 will automatically return to the "Game OS".

How do I uninstall this?

Simply, leave the PS3 OS set up as the default system. The pubble system will still be available under "Other OS", but this will not cause any problems.

If you later want to install Linux, just follow the instructions provided. Having installed pubble will not change that process at all.

Already running Linux on your PS3?

If you are running Linux on your PS3 with kboot as your bootloader, you should also download the kernel image at http://downloads.sourceforge.net/python-ps3/vmlinux-0.3.0.zip which should be unpacked into /boot. You should also add:

You should then unpack http://downloads.sourceforge.net/python-ps3/pubble-0.3.3-full.zip into the root of any partition as the .SQF files will be picked up during the USB memory disk scan.

If you are using mcload, you can use the otheros.bld rather than installing the vmlinux file as mcload supports direct booting of .bld files.